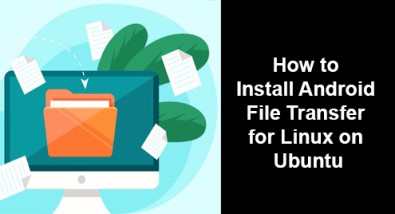 This article covers how to install Android File Transfer for Linux on your Ubuntu distribution.

Now you can conveniently transfer files between your android phones and Linux system.
Android File Transfer is an MTP client tool that is used to transfer files from android devices to Linux OS and from Linux OS to Android devices.
It is similar to Android File Transfer that is available for Mac OS and has a very minimalistic and easy to use interface.

To Android file transfer for Linux:
1. Connect your Android device with your computer using a USB cable.

When prompted on Android device for allowing access to the device data, tap on Allow to allow access.
2. Launch Terminal by pressing Ctrl+Alt+T key shortcut.
Then you will need to update our system by adding the PPA to your list of software sources. For this, run the following command in Terminal:

3. Once completed, run the following command in Terminal to update the repository.

4. After your local repository is updated, run the following command in Terminal to install Android file transfer: