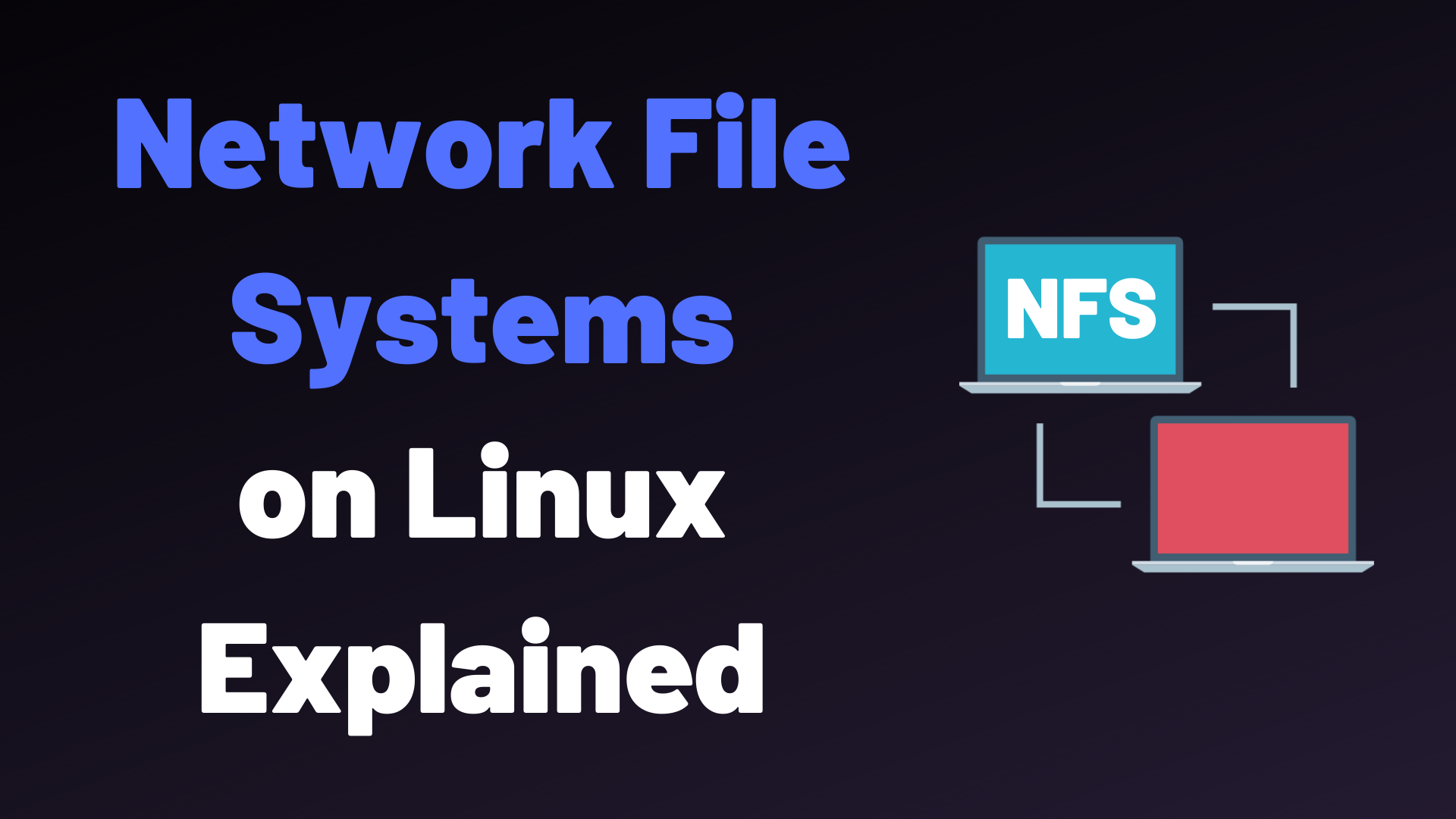 NFS (Network File System) is basically developed for sharing of files and folders between Linux/Unix systems by Sun Microsystems in 1980.

It allows you to mount your local file systems over a network and remote hosts to interact with them as they are mounted locally on the same system.

The client can mount the share directory by NFS server to its own system which appears as a local disk partition.

A client can then read/write files on the remote NFS server based on the permissions assigned by the NFS server.

Here at LinuxAPT, as part of our Server Management Services, we regularly help our Customers to set up NFS server on their Linux Server.

In this context, we shall look into how to install the NFS server and client, export shares, and mount/unmout the NFS share on client.

ii. It is not necessary for both machines to have the same operating system.

Now you will learn how to install the NFS server and client on Linux.

Here, we will be using the two machines with the following details:

How to install and Configure NFS server ?

Here, we will first install the NFS server on our host machine.

Then we will setup two share directories that are /var/nfs-public and /var/nfs-docs for sharing to client machines.

1. Install the NFS server on the host machine

For a system to setup as an NFS server, you will need to install nfs-kernel-server package on it. On the NFS host machine, first, update the local repository index using the below command in Terminal:

Then install nfs-kernel-server using the below command:

Once the nfs-kernel-server is installed, you can verify the installation using the below command in Terminal:

2. Create a shared directory on the host

Now, create a directory on the host that you want to set for sharing with the clients.

We have created two directories /var/nfs–docs and /var/nfs-public with different configuration settings:

For the /var/nfs-public directory, we will modify its ownership to nobody:nogroup using the below command:

To verify if the ownership has changed, use the below command:

For the /var/nfs-docs, we will not change the ownership.

Now we will configure the NFS server export file for sharing of the resources.

The NFS export file is /etc/exports which can be edited as follows:

Now in this file, we will specify the directories that we want to share and the client that can access it.

You can add entries in the NFS export file using the below syntax:

a. directory is the directory you want to share with the clients.

c. options are some of the configuration options that specify how the resources should be shared.

For both our directories /var/nfs-docs and /var/nfs-public, we have added the following entries in the /etc/exports file:

In the above configuration file, both entries tell the NFS server to share the /var/nfs-public and /var/nfs-docs directories with the NFS client 192.168.72.159 with rw (read and write) permission.

In the second entry, we have added the no_root_squash that allows the client to have root permissions on the NFS server as well. Once you are done with the export configurations, save and close the /etc/exports file.

Now in order to export the shares, you will have to restart the NFS server.

Here is the command to do so:

Whenever you make any change in the /etc/exports file, make sure to restart the service to apply the configuration changes.

Alternatively, you can use this command to export the shares:

To verify if the NFS server is running without any issues check its status using the below command in Terminal:

4. Set up Firewall on the NFS server

If a firewall is enabled on the NFS server, you will need to configure it to allow clients to connect to NFS port 2049.

To verify if the firewall is enabled on the NFS server, issue the below command in Terminal:

An active status shows that the firewall is enabled.

Now to allow clients to NFS port 2049, you will have to add a rule in the firewall.

Run the below command in Terminal to do so:

Then to verify if the rule has been added successfully, check the status of firewall:

Now we have completed the configurations on the NFS Server. Let's move towards NFS client installation and configuration.

How to install and configure NFS Client ?

In this section, we will first install the NFS client on our client machine.

Then we will setup two mount points that are /media/public and /media/docs for mounting the remote NFS shares /var/nfs-public and /var/nfs-docs.

For a system to setup as an NFS client, you will need to install the nfs-common package on it.

On the NFS client machine, first, update the local repository index using the below command in Terminal:

Then install nfs-common using the below command:

Now you may be provided with the y/n option to continue the installation.

Hit y to continue, after which the system will begin the installation of the nfs-common package.

On the client system, you will need to create a mount point to mount the shares located on the NFS server.

On our client, we have created the two directories at /media for our mount points:

Now we will mount the NFS shares on the mount points we created in the previous step. Here is the syntax to do so:

a. NFS_server_IP is the NFS server's IP address

b. NFS_share is the share located on the NFS server.

c. client_mountpoint is the mount point where you want to mount the share.

From our NFS server, we have exported two shared directories that were :/var/nfs-docs and /var/nfs-public.

To enable us mount the NFS shares to the NFS client, we executed the following commands:

Now to verify if the NFS shared directories have been mounted successfully, issue the “df –h” command in Terminal:

Here is the output of "df -h" command will show the two NFS shares at the bottom.

As we have mounted the shares on the /media directory, you can also access the mounted directories from File Manager.

4. Mounting the NFS shares on client automatically at Boot

Each time you restart the client system, you will need to mount the NFS share manually using the mount command. This is okay for one time or occasional use.

However, if you want the NFS shares access all the time, you will need to make the mount permanent using the /etc/fstab file.

Now add entries for your NFS share that you want to mount automatically:

Then save and close the /etc/fstab file.

Next time, when you reboot the system, the client will automatically mount the NFS shares.

Now we will test the access to NFS shared directories by creating a new file in each directory.

In the client machine, first, create a test1 file as sudo in the local mount point /media/public:

Now check the ownership of the new file:

This means a root user on the client cannot perform the administrative task on the server's shared directory.

If we check the ownership of this file, you will see it is owned by the root user and root group.

This is because we have set the no_root_squash option which allows the root user on the client machine to act as a root on the server’s directory and can perform administrative tasks.

Now on the NFS server machine, check if you can view both files.

How to unmount the NFS Share from the Client machine ?

If you no longer need the NFS share, you can unmount it from the client system.

[Need urgent assistance to set up NFS on your Linux Server? We are available to help you.]

Configuring a system to share files and directories using NFS is straightforward.

Every filesystem being exported to remote users via NFS, as well as the access rights relating to those filesystems, is located in the /etc/exports file.

1. Use showmount to show NFS shares.

2. Use exportfs to show NFS shares.