Docker is software that runs applications in a containerized environment. It helps developers in running the application on any system without worrying about the compatibility of the application with the system and dependencies.

Here at LinuxAPT, we shall look into how to install Docker on Manjaro Linux 21 system.

To see how you can install Docker on Debian 11, check this out:

In this guide you will learn:

To begin, we will update our Manjaro machine by running the following command:

Here, we will install Docker by executing the below command:

Once Docker is successfully installed, start the Docker service using the following command:

Next, we will enable the Docker service by running the following command:

To the check the version of the Docker you have installed, run the following command:

To see information on Docker, you can use the below-mentioned command. This will tell you how many containers are currently active. You will also see the configurations through this command:

To run Docker as a current user, you can add your account to the docker group with the help of this command:

Now that you have added all the configurations, you need to reboot your system to update the changes with the following command:

9. Search for a Docker image on Manjaro Linux

Now that we have installed and configured Docker, we can download Docker images. To download a specific docker image, first of all, we will search for it using the command syntax mentioned below:

The docker image we are looking for is Nginx, so we will execute:

This command will return a list of all the Nginx Docker images that you can choose from to install.

We have decided to go with the hello-world docker image. To install it, use the pull command like this:

Once the image is downloaded, execute the following command to run it:

Docker allows us to monitor our images, the system resources being utilized by the image etc. This can be done by using the following command:

You can also check the list of all the installed Docker images through this command:

To see the system resources statistics (like RAM, CPU, and network usage) being utilized by the running images, issue this command:

You can also see Docker's network configurations with the help of the following command:

[Need help in fixing Linux Docker system issues ? We can help you. ]

This article covers how to deploy and configure Docker on Manjaro Linux. In fact, Docker is a tool that is used to run software in a container. It's a great way for developers and users to worry less about compatibility with an operating system and dependencies because the contained software should run identically on any system.

How to monitor Docker on Manjaro Linux ?

To see which Docker containers are running and check their current status, type:

To see a list of all the Docker images installed, type:

To see the current CPU, RAM, and network usage of running images, type: 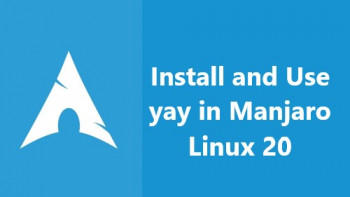 Install and Use yay in Manjaro Linux 20 - Step by step guide ? 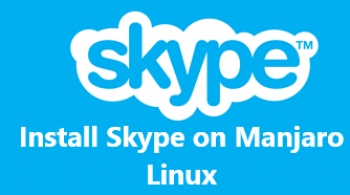 Create a Live USB for Manjaro Linux on Windows 10 - Step by step guide ?