Tags are basically metadata that are attached to the tasks, roles, plays, etc. Using tags has a big advantage in saving time on and simplifying the running and debugging jobs of playbooks. It also makes the playbook more organized and robust.

Here at LinuxAPT, we shall look into how to use the tags with Ansible playbooks running Ubuntu.

How to install Ansible on the controller node of Ubuntu ?

2. Following this update, you can install the Ansible software with:

Press Y when prompted to confirm installation. if you are prompted to restart any services, press ENTER to accept the defaults and continue.

If you are just starting to learn Ansible, we suggest that you first learn Vagrant and how to set up a basic local testing environment using Vagrant. Once you set up a basic lab consisting of one controller node and two target nodes, you are all set to perform these examples.

Importance of Tags in Ansible

A tag can be defined for a task, block, role, or for an entire play. The "tags" keyword is used for defining a tag as we will soon see in the subsequent examples.

How to use Tags ?

1. An example of using Example in Ansible Playbook

In its most basic form, a single task can have one or more tags. Similarly, a common tag can be linked to more than one task. For example, consider the following playbook:

There are four tasks in the given playbook:

Using a tag for multiple tasks (tag reuse) executes all the tasks linked with that tag. For this, the "—tags" flag is specified at the command line.

Suppose we have already run the previous playbook once and when we want to only restart the apache service and do nothing with the other tasks.

In this case, we have to run the playbook (our my-playbook.yml) in the following manner:

2. Skip a Tag in a Playbook

In cases where you want to skip a task from execution, Ansible provides you with the "–skip-tags" parameter. The rest of the playbook normally runs. In the previous example, let us ignore the task of upgrading the system (task:2).

For this, the "ansible-playbook" command is modified as:

The following example demonstrates this:

In the previous playbook, the first task is set to always run while the second is set to never run.

In case we want to skip the task tagged with "always", we have to explicitly specify this behavior on the command line as "–skip-tags always".

In the previous playbook, we can skip the first task as:

Similarly, a task with the "never" tag will never run unless it is tagged as "–tags never". The second task can be executed as:

This article covers how to Use Tags in Ansible Playbook. In fact, you might want to run specific tasks instead of running an entire playbook file.  This helps to reduce the total playbook execution time, especially when dealing with a large playbook file. 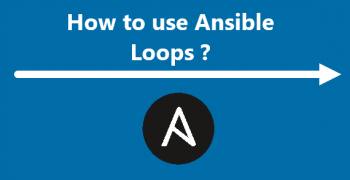 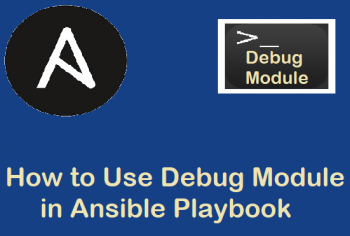