Some text editors are not just a default editor to edit text but also doubles up as an IDE, which makes it quite useful.

Whenever you want to work with files or programs in Linux, you need to have good text editors with which you can conveniently play around with your text or code.

For the Linux operating system, different options for text editors are available.

Here at LinuxAPT, we shall look into the 6 best text editors for Linux operating system.

Some of the best text editors for the Linux operating system includes:

Vim stands for Vi Improved, meaning that Vim is a modified and improved version of the old Vi text editor.

Vim is one of the most powerful text as well as source code editors for the Linux operating system. You can either use it directly from the Linux terminal as well as it can also be used as an independent application. This text editor provides you with all those features with which you can easily modify your files and perform code editing.

Nano is the most popular and easy-to-use text editor for the Linux operating system. The best thing about this text editor is that it comes pre-installed with all the distributions of Linux. This saves you from the hassle of separately installing a text editor; rather, you can just start using it right away without any installations. It is a very beginner-friendly text editor, which is why it is most preferred by newbies.

However, despite being a simple text editor, it can still work well for text and source code editing.

Sublime Text is a cross-platform text editor, which means that you can also use it with operating systems other than Linux. It is an extremely simple and lightweight text editor.

Therefore, if you are operating in an environment with storage space constraints but you still need a versatile text editor, then you should go for Sublime Text without a doubt.

To install stable version of Sublime Text Editor on Ubuntu / Linux Mint, run the below commands:

Atom is again a cross-platform text editor that is mainly used with Linux, macOS, and Windows operating systems. It provides a large number of different customization options to the user. You are also allowed to have additional plugins with this text editor, with the help of which you can instantly turn it into a full-fledged IDE.

Moreover, this text editor pretty much resembles Visual Studio Code, which is the best choice for users who are looking for an IDE-like text and source code editor.

Atom is not typically included in a default Linux installation.

Install Atom with the following commands:

Geany is one of the most popular text editors for Linux desktop environment that comes with an integrated GTK+ toolkit. It also serves as an excellent development environment for programmers and developers. If you are looking for text editor that also doubles up as a development environment, then Geany is your best bet. It is lightweight and supports almost all major programming languages and doesn't have many dependencies from other packages.

To Install Geany on Ubuntu / Linux Mint, run the below commands:

Notepadqq is a Linux editor inspired by the Notepad++ application for Windows. Even though different developers manage the projects, Notepadqq is a fair replica of Notepad++.

Notepadqq supports tabbed projects, color-coded syntax, syntax highlighting, auto-tabbing, and a good search-and-replace feature. It has a smart-indent feature that remembers the indentation settings of the last line typed. Another strong point is how efficiently it converts files between various types of character encoding.

This article covers the best text editor for Linux. In fact, some Linux editors add extra features or an easy-to-use interface.

The Types of Text Editor in Linux are:

What is CHOWN Command in Linux ?

Check Ports in Use on Ubuntu 22.04 (Jammy Jellyfish) 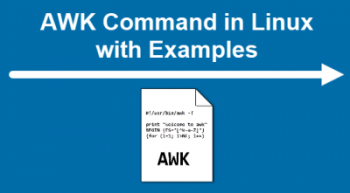 DMIDECODE Command in Linux - How to use it ?