This article covers how to install kakoune on Ubuntu 22.04. In fact, Kakoune is a code editor heavily inspired by Vim; as such most of its commands are similar to vi’s ones, and it shares Vi's "keystrokes as a text editing language" model. Kakoune can operate in two modes, normal and insertion. In insertion mode, keys are directly inserted into the current buffer. In normal mode, keys are used to manipulate the current selection and to enter insertion mode. Kakoune has a strong focus on interactivity, most commands provide immediate and incremental results, while still being competitive (as in keystroke count) with Vim. Kakoune works on selections, which are oriented, inclusive range of characters; selections have an anchor and a cursor character. Most commands move both of them, except when extending selection where the anchor character stays fixed and the cursor one moves around.

This article covers how to install luakit browser on Ubuntu 22.04. In fact, Luakit is a highly-configurable browser framework based on WebKitGTK+. It is very fast and extensible by Lua. It is primarily targeted at power users, developers and any people with too much time on their hands who want to have fine-grained control over their web browser’s behaviour and interface.

This article covers how to install gEdit on Ubuntu 22.04 Jammy Jellyfish and extend it using Plugins. In fact, gedit is a text editor which supports most standard editor features, extending this basic functionality with other features not usually found in simple text editors. gedit is a graphical application which supports editing multiple text files in one window (known sometimes as tabs or MDI).

This article covers how to install Pluma Text Editor on Debian /  Ubuntu LTS system. In fact, Pluma is a text editor which supports most standard editor features, extending this basic functionality with other features not usually found in simple text editors.

It fully supports international text through its use of the Unicode UTF-8 encoding in edited files. Its core feature set includes syntax highlighting of source code, auto indentation and printing and print preview support. 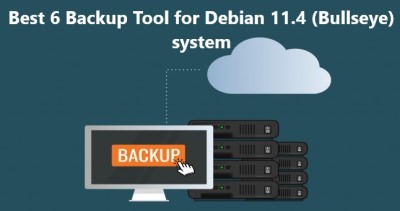 This article covers the different types of backup software you can use on Debian Linux system. In fact, Backup tools are a bridge connecting a server, client computer, or backup device with a data access point that is on another end. You would not want anything to go wrong while useful and sensitive data is passing through this bridge.

This article covers the installation and removal of the SMTube player. In fact, SMTube is a stand-alone graphical application which allows one to search and download Youtube videos.